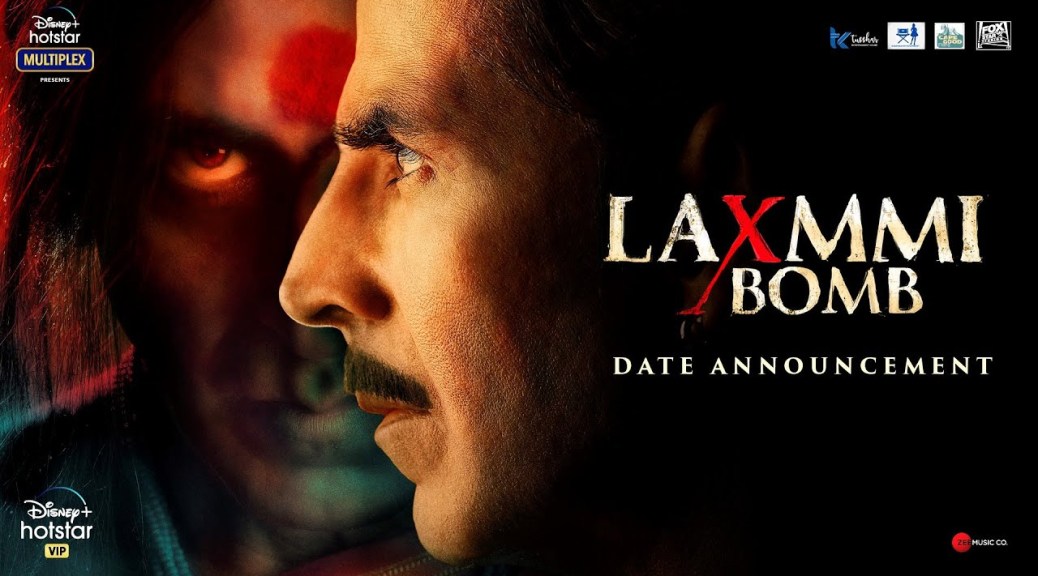 Produced by Fox Star Studios, Tushar Entertainment House, Shabinaa Entertainment, LAXMII BOMB is a remake of the Tamil Blockbuster “Kanchana” that set the cash registers overflowing across Tamil Nadu. The film is written and directed by Lawrence Raghavendra.

While a few “PANdits” are still grappling with the last few useless reasons to pinpoint the success of the original, the decision of the director to remake this film in Bollywood further challenges these PANdits. Add to it the casting of Akshay Kumar, who inarguably is the biggest commercial hero of Bollywood to the mix, makes the cause even more deafening. Despite being adapted to suit the Bollywood audience the story of the film is as dumb as the original and the tailored screenplay reeks of audacious stupidity. It is not that Bollywood is numb to such dumb scripts; it has its own share of duffs with Akshay Kumar lording over a few. Lawrence adds to the menu by weaving a new genre “horror comedy” that has been done to death in Kollywood.

Akhay Kumar looks jaded in this unconvincing script. Kiara Advani is OK on her own but her pairing with Akshay Kumar delivers a bland chemistry. The rest are as loud as the director wants them to be.

Cinematographer Vetri adds lots of glitz and colour to the scenes. Amar Mohile’s back ground score is effective. Rajesh Pandey’s editing it taut. Dialogues are over the top while the direction is kitschy.

LAXMII BOMB is a horror-comedy that has “horrific” comedy and “comical” horror.