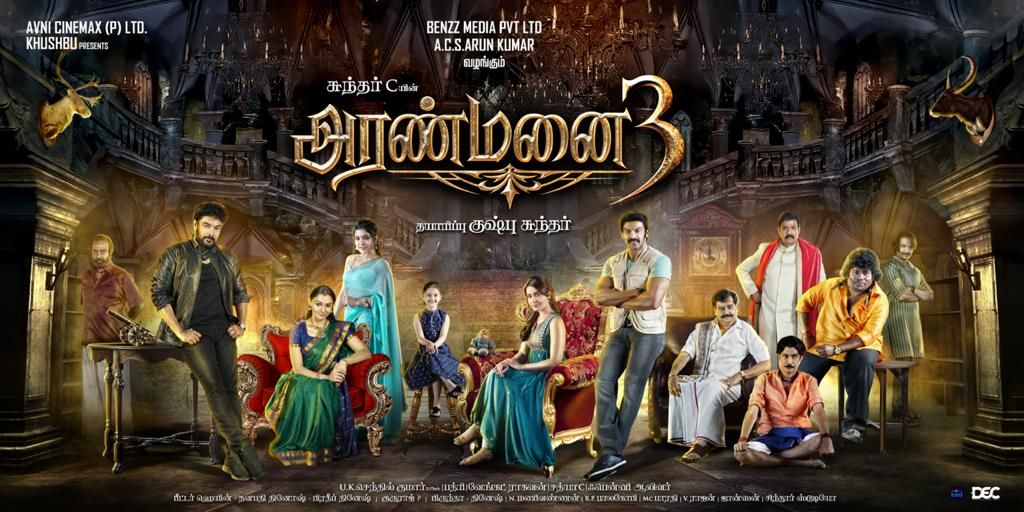 Produced by Avni Cinemax A3 is written and directed by Sundar C. ARANMANAI has been a successful franchise so far.

There is nothing to write about the plot that devotedly subscribes to the obtuse horror comedies that Kollywood seems to stir up out every fortnight. The first half is unremitting rambling, amplified and puffed up by a hundred characters pointlessly roving inside a haunted house. There is some clamour in the name of comedy and two idiots as ghosts. The second half is nothing better with the inane convergence of everything has been in play so far and the ridiculous flashback that haunts us pitilessly towards the end.

Arya looks and acts like a heavyweight mannequin. Andrea screams, while Nalini whines. Vivek, Yogi Babu and Mano Bala try their best to be dimwits and succeed. Sakshi Agarwal is a no show.

ARANMANAI 3 is lame, laborious and leaden..